Close your eyes. Ten. Nine. Eight. A moldy shed, the light filtering through cracks in the wall, illuminating a pattern of floating dust particles. Face down, six bodies, dead on the concrete floor. In front, an altar. Seven. Six. Five. More victims. A masked man, dressed in camouflage gear, slumped against the wall. Four. Three. Another, all in white, a gas mask obscuring his face. Count backwards. Two. One. Open your eyes.

Ever since I was young, I adored to play with control. Before I was able to enforce my will on others, I would practice on my toys. Rows of tiny, green plastic soldiers, subjected to whatever I wanted.

We are lined up, enveloped in thick clouds of stinging, orange smoke. The setting sun in front of us is blinding, painting an unreal picture of light and shadow. Two black silhouettes, standing in the distance, arms crossed. Blake, circling us, recounting his early childhood to us, then receding away through the haze. I try to take it all in. Not just because that is what I am here for, to discover how all these people passed away, to solve the mystery. Even more than that, the beauty of the scene was simply perplexing, and I knew all too well I had to savour the moment. 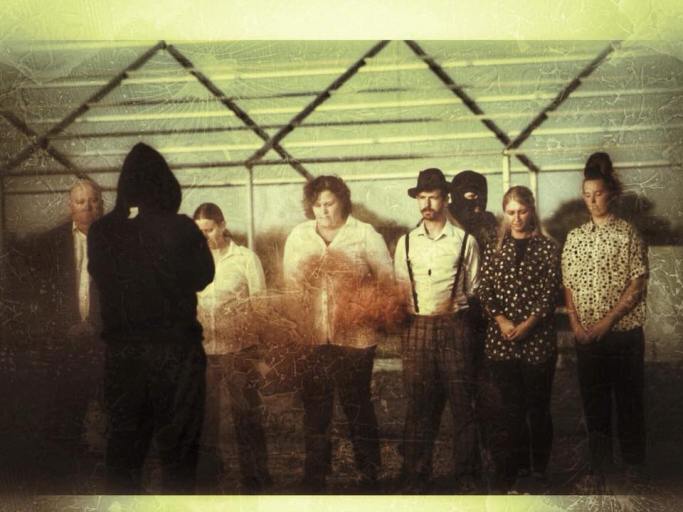 I always felt like the odd one out. I never have been like the rest. Bullied and beaten. But I took it all in, I endured, and I learned. The punishments, the humiliation. Until I found a group of like minded individuals. And together, we became more.

My neck muscles are tensing up, the rough surface of the wall etching into the skin of my forehead. Pushed and shoved, dripping wet, a thousand tiny needles embedding themselves in my skin, burning and stinging. Aggressors forcing the air out of my lungs as I try to make sense of eternal moments in the dark. But, we endure, as well. Soon, we find ourselves in a circle. In here, we are safe. The sharp slash of a blade. Blood, shared. Secrets, spilled. Trust and love. Until we have to leave again, into the hostile outdoors.

The moment I finished counting backwards, I knew where I was. The dilapidated shacks. The endless fields. I could see it all vividly – a pitch black bunker, my face mashed into a concrete crevice, forced to take all the torture in. I was told whenever I’d close my eyes, this is what I would see. Nihilistic decomposition and betrayal. This was the site where Blake was torn away from his flock. But again, he endured. Months of dark nothing, left alone in a hole, counting on those most loyal to him to keep the faith, until he managed to crawl his way out. Sounds filtering through from above, dull and muted, no sensation but the cold weight of the past and six feet of dirt pressing down, the introspection of a blind eternity. Eventually, we rose up. Shivering and filthy, dirt rimmed nails and ripped shirts, with a new understanding of who we were following. Then, we were led through a door. A moldy shed. The light, no longer filtering through. In front, an altar, and Blake.

I know some of you must have thought I took it too far. That I pushed you beyond where you thought you should be taken. But know that I did it all out of love. I knew, I felt that you would follow. Now, I need you to have faith in me one more time.

The weight lifted. Ascension. I look back. Six motionless bodies on a hard concrete floor. I run my fingers over the rough texture of the wooden door, chills running down my spine, and walk away. 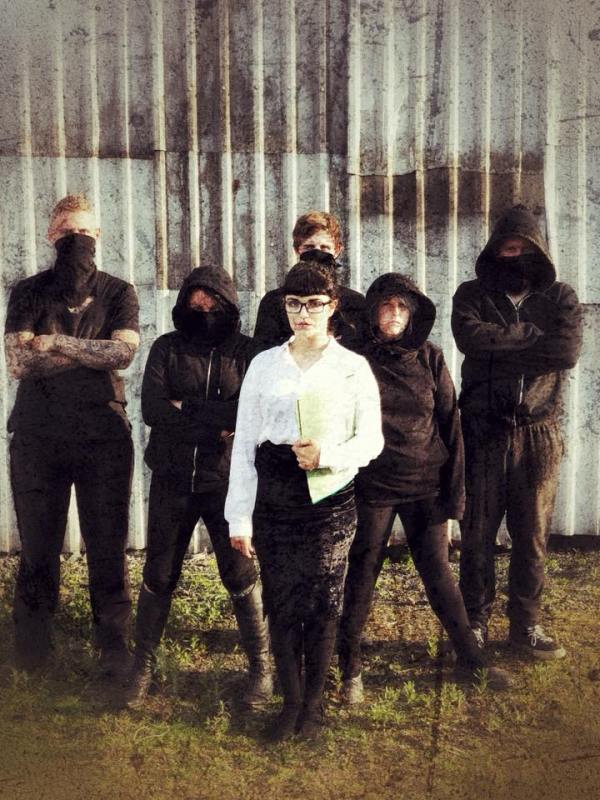 The Ciccone Tapes was a private show, geared specifically towards those who have been with Cracked for a while. A glimpse into the future and an explanation for mysteries of the past. A consolidation of our loyalty, playing out in farmland lit by the setting sun. The Jonestown massacre, as told by Blake Ciccone. Part of the veil over the enigma that is Blake, lifted for us to see, to understand. A completely refreshing, four hour long take on what is considered to be a Cracked show, losing none of its name brand intensity, but with so many layers added, and lifted to a new level through amazing performances. A deepening of the mythology, a reason behind games we had been made to play one, two, three years ago. Blake’s monologues reverberated through my head for days. Faceless Ventures, for me, keeps on establishing itself as the home for intense but thoughtful UK immersion. And after seeing what the future has to hold, I can’t wait for those days to come.